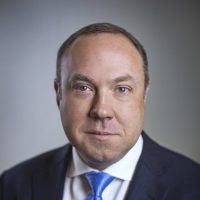 As Managing Director of EHS Partners, Jonathan specializes in leading enterprise wide operational performance improvement and restructuring programs at large public companies, including financial services, energy, healthcare, transportation and retail. He provides distinctive, hands-on leadership that brings out the best in large and complex teams and that has consistently led to significant new earnings at EHS clients.

Prior to joining EHS Partners, Jonathan was a Vice President at The Bellwether Group, a Los Angeles-based merchant banking boutique. While there, he counseled publicly traded companies on strategies for improving company valuation and performance, worked with entrepreneurs to build new businesses and raised capital for start-up enterprises. Additionally, he was a Manager with Gateway, Inc. where he was involved in extensively changing the company’s operating model and spearheading strategic growth initiatives.

Jonathan’s early career was with McKinsey & Company in Dallas and Warsaw, where he was a member of the Corporate Finance and Strategy Practice. While at McKinsey, he developed the firm’s first tools for understanding the impact of investor sentiment on companies’ public valuations. Prior to McKinsey, he was a staff economist at the World Trade Organization in Geneva, Switzerland.

Jonathan is a former member of the U.S. Triathlon Team and a qualifier for the Race Across America.